All the power of Heaven is assisting you

Time is the most difficult part of the illusion for you to accept as illusory because moments pass continuously – you do something, it’s over, time has passed – in one direction only, and there is apparently nothing you can do about it. Approximately 13.7 billion years ago, the Big Bang occurred and the Universe started to form.  It has been moving outwards ever since then, spreading farther and farther from the starting-point, unremittingly and unrestrainedly.  To you it all seems awesome – the universe, and the flow of time.  And yet each one of you is far vaster than all of that!

You are God’s children; you are infinitely powerful.  But you have allowed yourselves to access only an infinitesimal part of that power.  You have become so accustomed to your smallness in comparison to the universe’s vastness that is very hard for you to believe this.

However, those of you who have truly opened your hearts in love have discovered within yourselves a sense of limitlessness that has amazed and awed you – and that is only the beginning of your understanding of what you truly are. Amazement beyond your wildest dreams awaits your awakening!

What you are is magnificent!  You are beings of infinite Light temporarily experiencing darkness – a state that is unreal.  However, you have succeeded in persuading, no, convincing yourselves that it is real.  It is not, and the suspicion that it is not is finally seeping into your collective awareness and demanding investigation and action.

You see the results of this questioning all around you as people seek answers to the endemic states of disempowering authoritarianism that have been enforced on so many for so long.  It is unacceptable, and people are rightfully demanding change, and they are making it happen, peacefully.

As they do so the Light that is your heritage shines ever more brightly through the darkness of the fog, smoke, and toxic fumes in which you have been smothering and choking, seemingly endlessly.  The Light is burning off this deadly overcast so that you may once more breathe fully and freely, and enjoy the renewed and reanimated energy that is leading to your awakening.

As your life force intensifies you become aware of the love shining out from all sentient beings and wonder how you did not see it before, because you can now see that there is nothing but love in each of them.  And then you briefly remember the intense darkness, as the last remaining wisps dissolve in the brilliance of the Light surrounding you, and you understand how constructing the illusion led you to deceive and confuse yourselves so effectively. 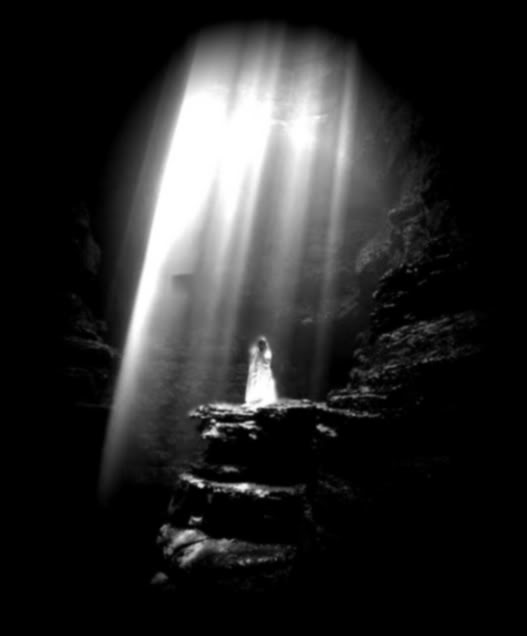 The Light of Reality is wondrous, and the energy that you have been expending in order to hide and disguise It has been enormous, leaving you very little for yourselves, hence your fears and anxieties.  And what an incredible waste of energy it has been, because all that you have done is to terrify yourselves and disable your divine abilities to enjoy and delight in the wonder of your eternal existence.

A non-existent realm that is of absolutely no consequence has obscured from you, for what seems an unconscionable amount of time, Reality — your divine and natural state — and replaced it with an environment filled with betrayal, disharmony, and intense suffering.  Now you are choosing to release yourselves from this self-imposed bondage, and all the power of Heaven is assisting you to do so.  You cannot and will not fail.

Knowing this to be the divine truth, do not let yourselves be discouraged by further illusory but distressing events that you see or hear reported by the mainstream media.  They are just a sign that great changes are in progress which will permanently alter your perceptions of one another, allowing you to at last recognize each other’s divine magnificence, and pay yourselves the honor and respect you so unreservedly deserve.

I Married An Angel
Posted by Antraeus at 11:45